I’ve had the opportunity to explore a lot of South West France including ‘French California’, the wine region and France’s second city, Bordeaux. Here’s a snapshot of 24hrs in the city that I’ve fallen in love with—and why I think it offers Europe’s coolest city break no matter what the weather.

When my mum moved to South West France four years ago I didn’t have a frame of reference. I’d spent plenty of time in Paris for work and explored a lot of the Cote d’Azur, but hadn’t heard much about her new area at all. Over the past years and lots of trips back and forth, I’ve become extremely fond of the region and its countless charms. My first holiday with my boyfriend was a trip from Bilbao to Bordeaux via San Sebastian and Biarritz—the Cote Basque, the French side of which is now being referred to as French California. And as a Cali-obsessive, the comparisons are clear. From clean eating to surf culture, the coastal area draws a lot of its attitude from SoCal. 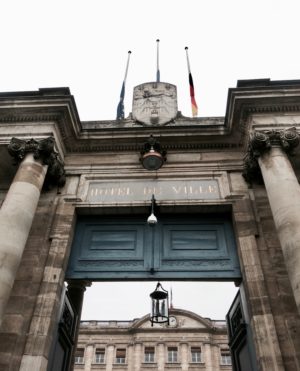 When we first arrived in Bordeaux it was obvious that elements of that vibe had rubbed off on the newly restored city. After a dramatic facelift and an extensive cleaning project, France’s second city is immediately imposing with architectural gems which rival Paris’ grand boulevards. But it is also resolutely hip, packed full of concept stores, coffee shops and stylish restaurants each boasting typographically innovative menus and branding. The Bordelais residents are equally chic, either looking like they’ve been transported from a Shoreditch barber shop or an A.P.C ad.

What’s also great that you can get to grips with the city in a matter of hours, travel across it easily by tram and find accommodation, watering holes and gastronomy for reasonable prices. My most recent trip, scheduled to coincide with the Christmas holidays came complete with festive warmth, but I’ve spent time in Bordeaux in the summer, spring and autumn and it’s destination which works even in the rain with countless spots to while away the day.

I love the Mama Shelter hotels and this time around I booked a triple room in the Black Friday sale for around £100, but the standard price for a room starts at €79. The room we chose had a large double bed and a comfortable pull down sofa. One of the best things about Bordeaux’s Mama Shelter is the rooftop which offers 360 degree views of the city below—it’s a great spot for rosé in the summer, or a wintery cocktail. The Philippe Starck-designed restaurant and bar also has great dinner options including a separate pizzeria, making it a great choice for groups as well as couples. Even if you’re not staying there, it’s worth making a visit for to the bar which is reliably buzzy for late night drinks all year round. 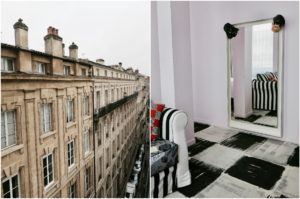 After browsing the narrow lanes of coffee shops, specialist stores and boutiques around the cathedral pop into Comptoir des Remparts for a light lunch of salad, tartines and a glass of organic wine. For a good value traditional French menu fixe try Le Puy Paulin just behind Galleries Lafayette, while La Brasserie Bordelaise is local institution for more of a treat either for lunch or dinner. Don’t miss the saucepans of frites and the coarse pate served with bread at each table.

Like the stunning riverside esplanade, much of Bordeaux’s architecture has been dramatically smartened up even in the years that I’ve been visiting. Rue de la Vieille Tour leading on to the ritzy Cours de l’Intendance (where you’ll find the Louis Vuitton et al stores) is one such area which has been gentrified. With the new L’Alchemiste cafe, the Dunes Blanches bakery (don’t miss the chouquettes) and Le Scopitone restaurant which serves up French fare with a side of retro Formica interiors. 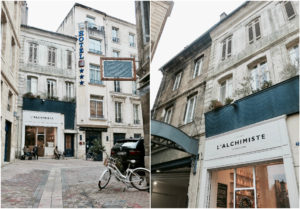 Black List Coffee,  Workshop Skate & Coffee and Mama Shelter’s new Mama’s Kiss are all great go-to spots for quality coffee. I also love sitting outside on the cafe terraces outside the Opera National and sipping a glass of champagne…—when in Rome and all.

If you’re after some vino to bring home (never travel to Bordeaux on a Ryanair carry on bag allowance), L’Intendant on Allee de Tourney is a great one stop shop—it would be rude not to bring home at least a bottle of red or two. Otherwise to a certain extent Bordeaux is just like a lot of big French towns when it comes to shopping. Maje, The Kooples, Sandro are all well represented both in standalone stores and in the large Galleries Lafayette on Rue Saint Catherine. There’s an incredible cheese shop on Rue de Remparts called Fromagerie Chez Delphine and just further down the road you’ll find a great interior store, Matiere et Objets and a gift and jewllery boutique called L’Atelier des Dames—both worth a browse.

Holly Scarsella On Self Doubt & Starting Your Week On Sunday 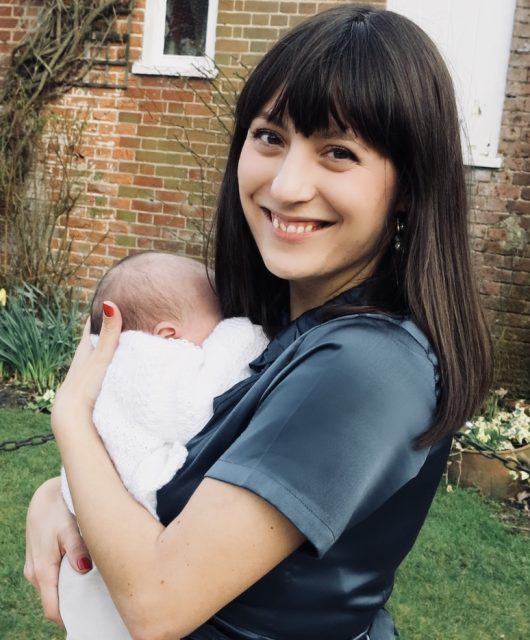 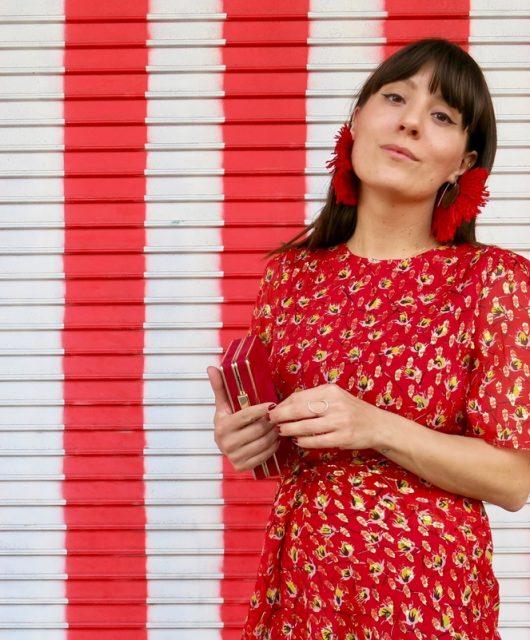 How To Always Have Something Wear No Matter What The Party 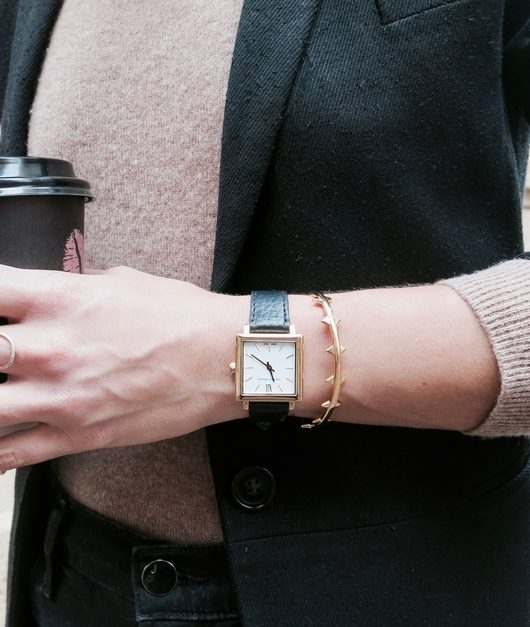 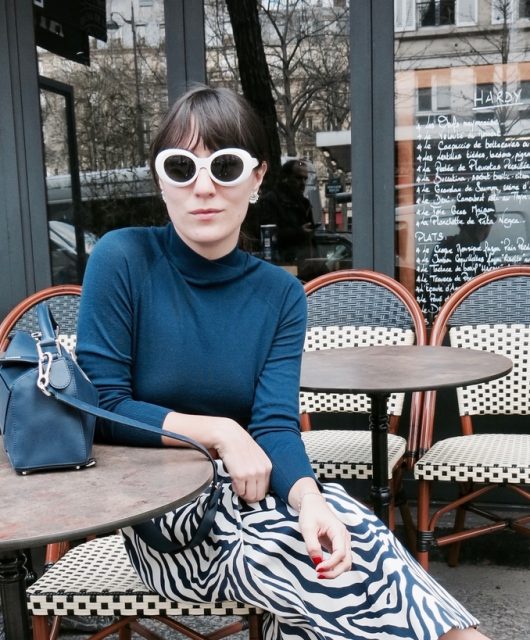 Parisian Dreaming: The Joys of Theme-Dressing 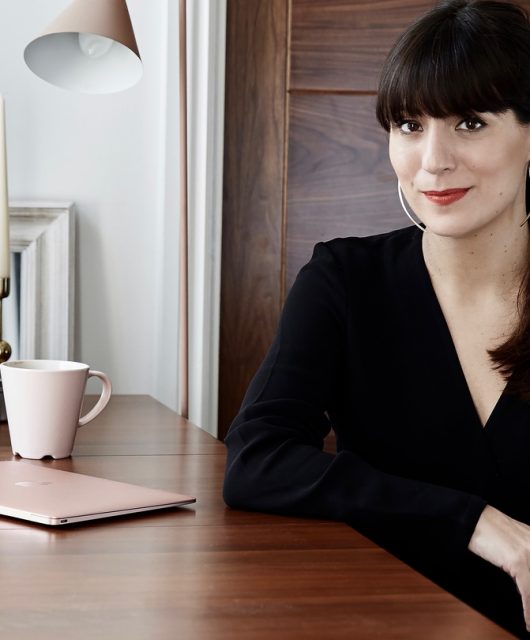 Why Wardrobe Is Everything When You Go Freelance