How I Changed My Lifestyle & Got In Control Of My Health

Image: Jake Rosenberg, for The Coveteur

My name is Katherine Ormerod and I’m a health-oholic. It has taken me 33 years to admit this to myself and to be honest I’m still taking each day at a time. But it wasn’t always like this, in fact when it comes to unhealthy living, I could write the book.

Growing up, my attitude to wellbeing wasn’t just that it was a distant concern. It was much more that it directly correlated to how I looked. And when I say how I looked, I mean how thin I was. As a teenage smoker and obsessive calorie counter, exercise was what you did to fit into jeans, not to feel strong. Indeed, strength wasn’t really the look in the early 00s; the era of the Zoe-bots—lollipop heads carrying massive Birkins—called for dinners of peas and vodka slimline. As mum was a working single mother, I ruled the kitchen, serving up bijoux portions of Rosemary Connelly recipes. The liberty to look after myself led to years of yoyo dieting and a constant stomach ache. 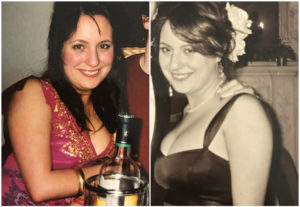 Higher education offered few chances for reform. I regularly drank more than a bottle of wine a night. For my American friends reading this, I know this sounds tantamount to an admission of a drinking problem. Here in the U.K., we just call it University. During this period, I ate one single, specific meal every night—an 88p ready meal ‘Salmon Cottage Pie’ from Sainsbury’s with 348 calories per serving. I would never, ever have considered salt content, fish sourcing or chemical ingredients. For me the only issues were exclusively price and kcals. Ironically I also regularly consumed entire bars of Green & Blacks chocolate and obviously those bottles of Soave (under £4, the shame). So to say my logic was faulty is somewhat the understatement.

“The whole thing consumed my every waking hour and my looks oscillated from bloated to sickly.”

Post-Uni my diet became a little more varied (aka not just Salmon Cottage Pies). Indeed there were a lot of pies. My weight fluctuated dramatically which unsurprisingly made me feel appalling. I can remember when my mum got married we had to chop the bottom of my bridesmaids dress off and stitch the fabric up the sides as I’d gone from a size 8 to 12 in the three months between fittings. I’d gained more than 15lbs and couldn’t fit into a single pair of my jeans. So then I’d skip meals, smoke a lot and lose a stone just as quickly. The whole thing consumed my every waking hour and my looks oscillated from bloated to sickly. While my weight was never a medical concern and I’m aware that at 5’4”, a size 12 is close to the average size of a 22 year old woman, it was my whole attitude and the anxiety which came with it that was truly unhealthy. Thinking about it now makes me feel incredibly depressed.

As for exercise, that went out the window completely as soon as I left school and while I managed to quit the pack of cigs a day, any vigorous movement was absent from my life until I was around 29. It was at this point that I realised that a part of my bottom no longer fit into my knickers. In fact both cheeks had begun to slide downwards inexorably to the backs of my knees. My calves were totally lacking elasticity and I couldn’t do a single sit or push up. Combined with grey, congested skin and a dull ache in my hips that nothing, not even four G&Ts could cure, I finally made the decision that it was time to DO SOMETHING ABOUT MY LIFESTYLE.

I wanted to share my path to health simply because it is so easy to look at Instagram and think how lucky this or that person is when it comes to their shape, size, skin, fitness levels, you name it. People often comment or tell me how great my body looks on social media and how envious they are which makes me feel both validated and uncomfortable. Because while it’s true I’m mainly pretty happy with my body, it hasn’t been a straightforward road to get to where I am now with my health either psychologically or physically. 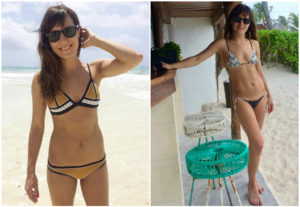 I started small and over the past four years have totally transformed my attitude to my wellbeing. While my nutrition obviously needed an overhaul, it was exercise that really started the whole thing rolling.

Randomly I started doing reformer pilates at Frame in Queens Park. I say randomly because I’d never done any pilates or even yoga, I was extremely inflexible and truly believed the only point of exercise was to sweat (aka lose weight). But for some reason I chose to do a month’s course. To say the experience changed my life would be going too far—it has taken years to fully ride the health bandwagon. But it was certainly the beginning.

The reasons I like pilates, specifically reformer are as follows:

It took about a year to really build core strength. I started going two or three times a week and since then I’ve had a couple of months where I haven’t done anything.  But overall I now exercise at least three times a week. I mix it up with yoga and fun cardio (a trampoline class, for example) and I’ve tried a whole bunch of different classes from SBC to Barry’s. I usually go to 7am classes during the week and I always do one weekend class before 10am. It has taken a massive amount of willpower and the number of times I’ve nearly just gone back to bed are probably the exact number of times I’ve made it to class. It is never easy to motivate yourself, but it does become more normal the more you do it. I still struggle with nutrition, but when it comes to exercise, I feel so confident in what I’ve achieved. I can now do lots of sit and push ups and even though I don’t have a Victoria’s Secret stomach (no-one is immune to comparison, everything is relative), I’m strong enough to open my own jars and carry my own suitcase up the stairs.

When it comes to food, I certainly haven’t found the magic recipe, but I’m getting far better at nourishing myself. I still drink wine, eat bread and the occasional chocolate brownie. I still freak out when I eat three takeaways in a week and worry that I’ve gained too much weight back. I could still do a lot better. But then I know from experience that I could also do a lot worse. Becoming an exercise-addict-healthy-food-one-glass-person has had a big impact on my identity and definitely changed my mindset about a lot of things beyond the fitness studio. In my reprobate past I hated people like me. Chia eating, kale drinking, yoga obsessives were never my people. I liked my men well-watered and girlfriends who would join me for a rose at lunch—and my family are the same. My dad even has his own brewery. So living a healthier lifestyle and sometimes saying no to alcohol or carbs has really challenged how I see myself and others, which truly has been the hardest change to make.

“However bad your lifestyle, you can change the story completely.”

These days I no longer think or talk about food all the livelong day. My weight does go up and down but only by about 5lbs. And while I’m still critical, I don’t hate what I see in the mirror. Instead I’m proud of how far I’ve come—but make no mistake, nothing about it has come easily. It has taken so much work and personal development to get here. I wanted to share this story to put some context to the pictures I share on social media where you can see my body—whether that might be me in a bikini or in a dress which shows my legs or tummy. While I would never want to hide my figure, I would hate for anyone to think that this all wasn’t a work in progress for me too and a huge investment.

I’ve shown some of my friends this post and images and some have said maybe I’m being too real and that these pictures will be on the internet forever. I’m not going to lie, it’s definitely not something that fills me with joy. But those pictures and experiences are part of who I am. Trying to pretend anything different makes me a fraud and misleads women and girls following me to look at my pictures and only see the results and not the effort that went in. I suppose what I also want to say that you don’t have to be an 18 year old 5’10” glamazon with a genetically perfect face to be fit and healthy. You could also be a 5’4” 33 year old ex-smoker with a penchant for Shiraz too. And that is a message that is far more important than a couple of pictures I hate being on the internet.

Pandora Sykes On Fitting It All In With Time For Telly

Camille Charriere on the Flipside of Cyber Fame 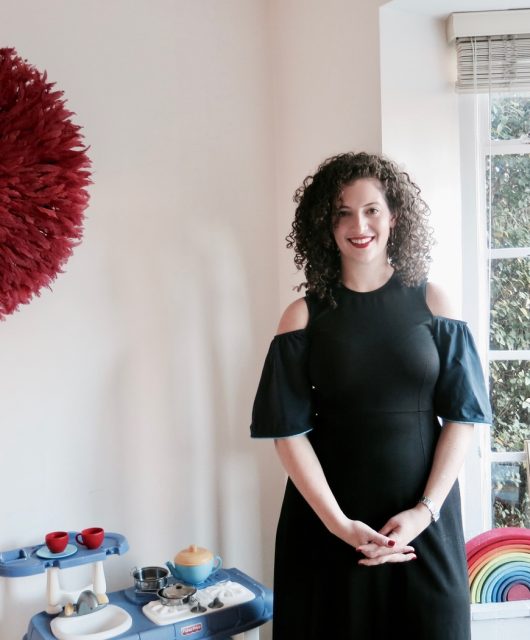 My Experience of Termination For Medical Reasons: Loss Awareness Week 2020 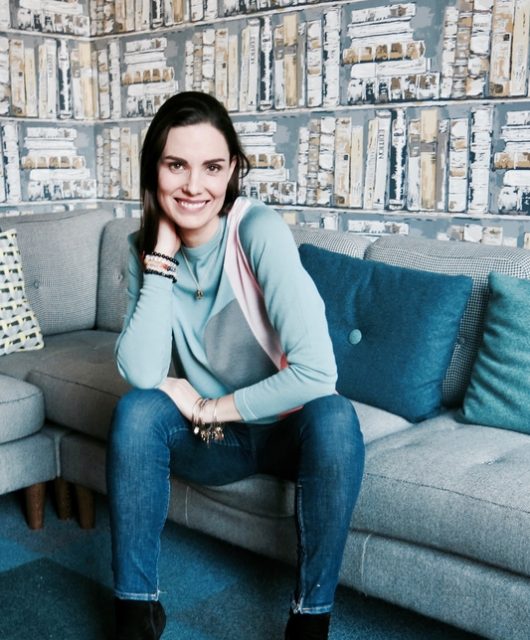 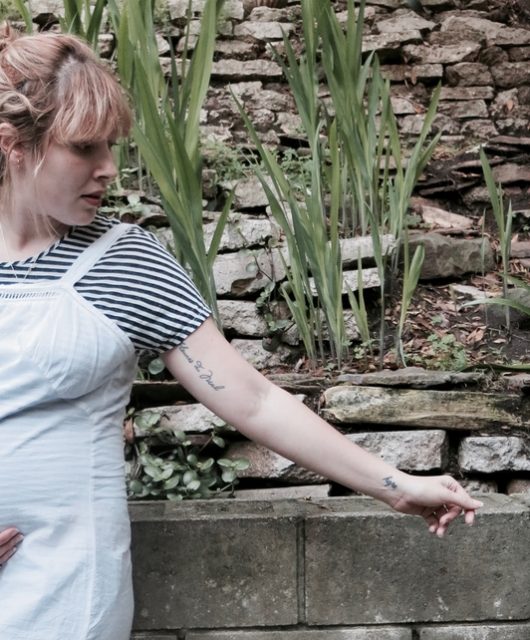 Paula Goldstein On Social Media Nudity & The Politics Of Childbirth 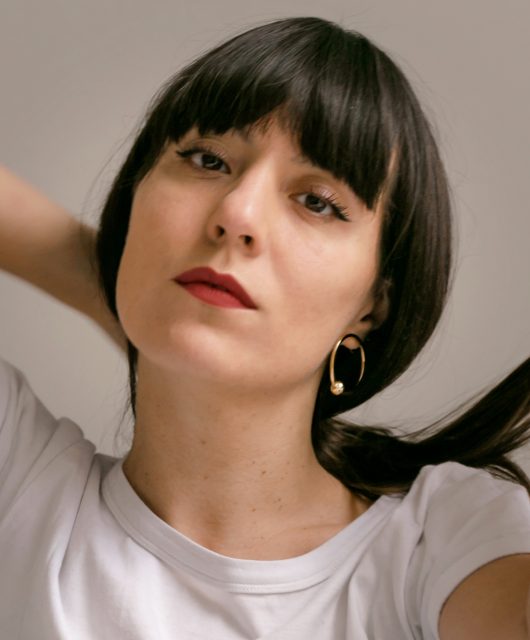 Money’s Too Tight To Mention