‘It Was of its Time’: The Noughties Were Horrendously Un-Woke & I Was Part of The Problem

A few weeks ago, I was emptying out my miscellaneous drawer—the one spot of the house that hasn’t been Marie Kondo’d as there are ostensibly important things in there—and I came across my ‘book’. In the pre-internet, pre-social media days, as a journalist you built up a portfolio of hardcopy cuts from magazines and newspapers you’d written for and presented them at job interviews and commissioning meetings for prospective employers to flick through. I once left my book on the tube and it was literally as if my career was over, because there was no way to rebuild the cuts—those papers had already be turned into chip wrappers and pulped for new issues. Luckily TfL found it and I was reunited with my precious.

“This has been a big surprise to me, because as far as I had remembered I was always a liberal-minded urbanite with a strong belief in equal opportunities. I also don’t remember being so mean.”

Rather than just a meander down nostalgia avenue, after spending some time actually reading my cuts, I also had a realization: back in the noughties I was seriously not woke. Aside from the toe-curlingly inappropriate headlines and offensive fat shaming features which should never have seen the light of day, the words I wrote played fast and loose with stereotypes, buttressed privilege and seemed entirely blind to prejudice. And this has been a big surprise to me, because as far as I had remembered I was always a liberal-minded urbanite with a strong belief in equal opportunities. I also don’t remember being so mean.

My career in women’s magazines started in 2006, working as an unpaid intern in now shuttered titles like Instyle, Marie Claire and The Independent (in retrospect, it seems like my work experience was the kiss of death, as only Sunday Times Style has escaped the guillotine). The atmosphere was highly competitive and not particularly nice amongst the women who worked on them. It was in hindsight, even less kind to both the readers and well-known women that didn’t. The prevailing tone across the consumer press was arch—you wrote with the idea that you knew something they didn’t in a satirical manner which combined a love of irony and the absurd. I cut my journalistic teeth in the era of Jen vs. Ange, Circle of Shame and the truly hideous media hounding of Britney Spears—it was not a sisterly moment.

“So much of the work I did back then seems to be geared towards giving women advice on how to dress more flatteringly, i.e: how to look as thin as possible with absolutely zero appreciation for the beauty of any other size but tiny.”

The things I said in print about women’s bodies—often about how they were dressed are now shocking to read back. ‘Let’s call her look council-estate meets Gucci’; ‘Aside from the obvious cankles/ thunder thighs camouflage potential, the right maxi can hide all manner of other sins—though if you haven’t banished your bingos go for a butterfly sleeve’; ‘The truth is if your rack is on the droop, or beatific in its bustiness, the strapless dress is not for you’. I was a size 8, 23-year-old girl just out of uni and my editors encouraged this kind of drivel in its droves.

So much of the work I did back then seems to be geared towards giving women advice on how to dress more flatteringly, i.e: how to look as thin as possible with absolutely zero appreciation for the beauty of any other size but tiny. It was almost obsessive and reading it back I can see why I had such an unhealthy relationship with food and my own body. Just to clarify, it wasn’t like I was some provocative outlier, or controversial columnist who was hired for my clickbait potential (this was pre-online remember) and many of the words were written without a byline—front of book copy, or captions which apparently only made it through to the sub-editors if they were snide enough. It was just the atmosphere and tone of all national consumer magazines across the board. We used adjectives like cheap and chunky to describe women as par for the course and I can remember any complaints letters from raving feminists (or eco-warriors, or social justice campaigners) were just ignored.

Flattering is a word that I’m attempting to take out of my lexicon, because it so clearly presumes that there is a good (be it smaller, thinner or curvier) or a bad way for a body to look (the opposite of those things). Others phrases I’m now loath to include in my features include: elongating the legs = something wrong with short ones, cinching the waist = something wrong with a less curvaceous figure, lifting the bust = something wrong with a less than buoyant bosom. The way we talk about the body in lifestyle journalism and now on social media, as an extension, has obviously changed profoundly over the past 15 years, but there are still vestiges of the dichotomies between the good and bad body.

One feature I did focused on wearing a corset (this was definitely Kardashian-driven) and I was actually photographed wearing one for a week describing the positives (and admittedly the infantilising negatives) of said accoutrement. I don’t know if there is a better indictment of noughties feminism than that—women escaped the strictures of enforced femininity and the deforming and restrictive impact of the corset a hundred year ago. Yet there I am, a 26-year-old, slim girl showing readers how to wear one. If I saw that feature today I would be aghast. Yet back then, it was business as usual.

Aside from the less than supportive copy, diversity and inclusion of different body shapes, ethnic backgrounds, ages, gender identities, sexual orientations or physical capabilities was a non-issue. While there would be black models in our shoots on occasion, looking back at a piece I wrote on young women in business or another about new fashion start-ups, it’s notable to see each feature four or five white, cis-gender, heterosexual, generally slim, able bodied faces. That would be, quite rightly, unthinkable today. Because the media content of the noughties isn’t online, it is really easy to forget how recently this was acceptable. But it is logged into many of our minds subconsciously and of course, continues to inform older generations’ belief systems. I know women more mature than me who are offended to see plus size women in magazines or in advertising, but since they have probably spent the best part of 40 years internalising the types of messages I mention above, is it really any wonder?

“Social media and the empowerment it has given its millennial and Gen Z users, have changed the rules of the game.”

Sharing these cuts isn’t just about self-flagellation—though if this stuff was Googleable, I’m sure I would have been quite rightly cancelled by now—it’s more about a) realising how much has changed in such a short space of time and b) understanding that wokeness isn’t just a posture—it has dramatically changed attitudes (even the Daily Mail doesn’t talk about thunder thighs). Social media and the empowerment it has given its millennial and Gen Z users, have changed the rules of the game. Those feminist, eco-warrior, social justice detractors now have a voice which can speak just as loudly as any publication and we have role models of all shapes, colours, backgrounds, orientations and capabilities who have shifted our belief—to an extent—in the notion of wrong or right bodies.

Now I don’t write like that or read messages like that in the media I consume, I don’t feel like it either. I don’t punish myself on yoyo diets, I’ve stopped comparing my body shape to other women’s, I’m really not so fussed about the way my face or most parts of my body look (there are still a few hang-ups because I’m human and we still live in a patriarchy, but they sure as hell aren’t keeping me awake at night anymore). I wear clothes that aren’t particularly flattering, for example, jeans that make me look wide or short but are cool so who cares? I leave the house in flats all the time, not feeling the need to constantly elongate my legs (I was never ever out of heels in my twenties). I’m easing up on waist cinching, though I still love a good belt for pulling an outfit together. I’m even letting my hair go grey and happily wear my fringe in a harder (yet more interesting) mirco cut. Though they’re often lampooned, third wave feminism and the campaigns for inclusion have changed the way I feel about myself and emancipated me from all sorts of toxic thinking which I’d passed on subconsciously in the past. All that remains to be said really is sorry—to anyone who read my features or any words I wrote which made them feel excluded or negative about their bodies. It was of its time, but that doesn’t mean it wasn’t crappy.

The Truth About Being a Freelance Mum 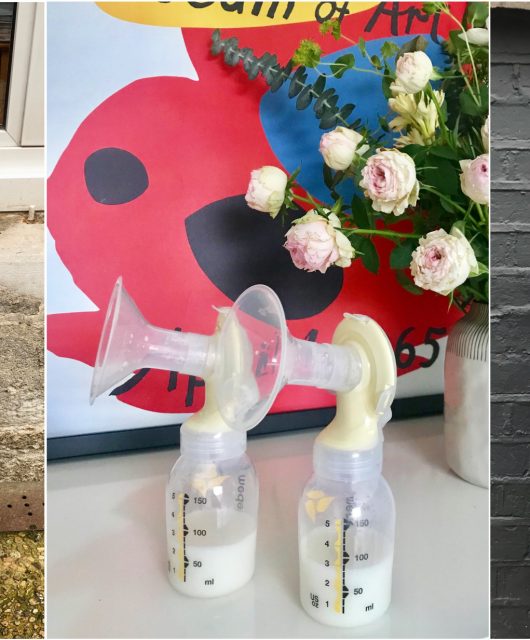 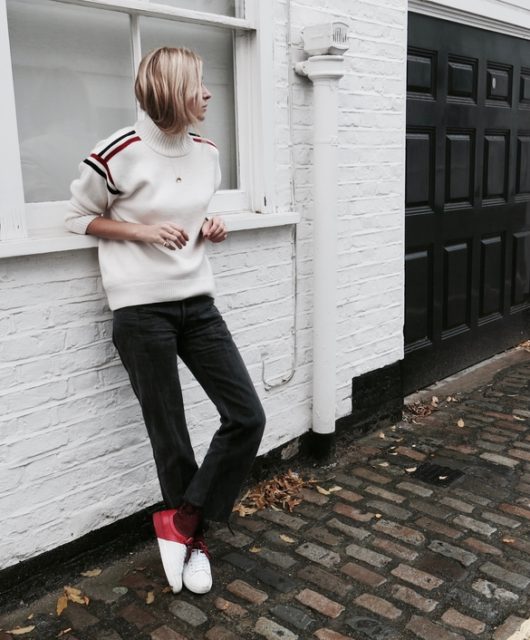 Camille Charriere on the Flipside of Cyber Fame 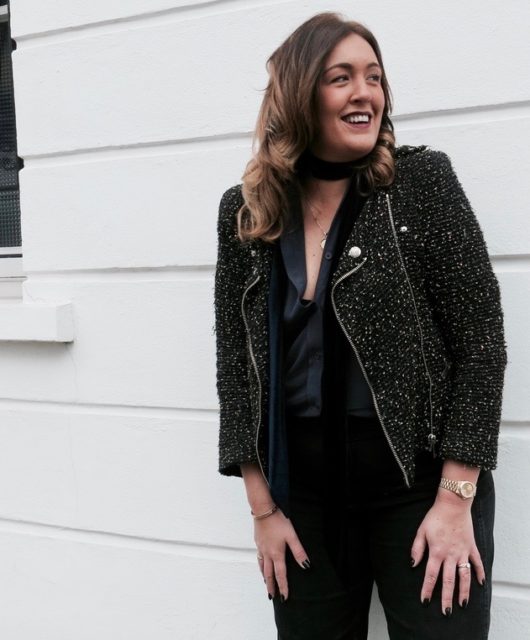 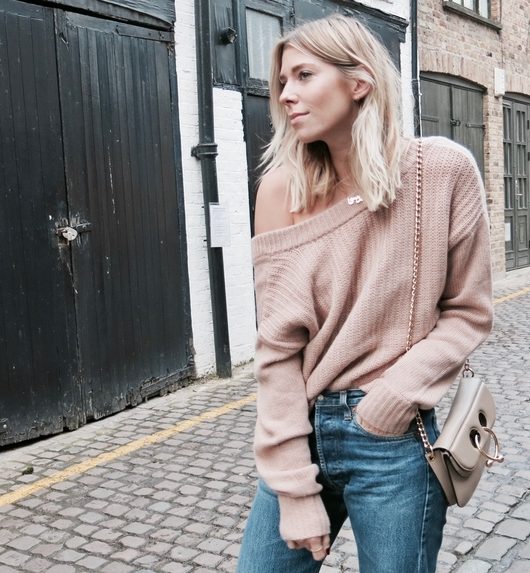 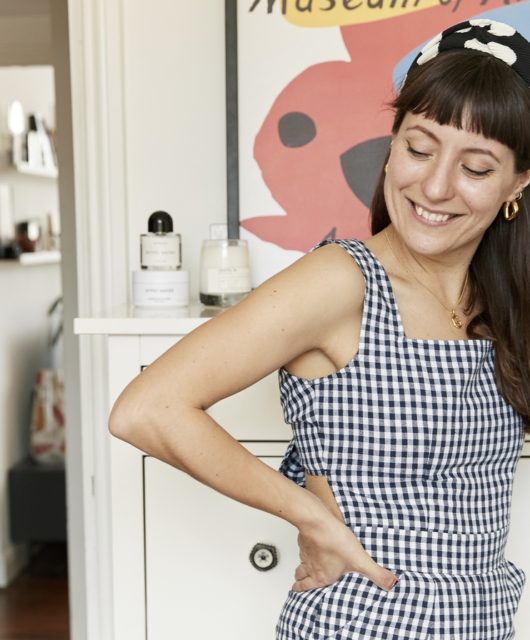